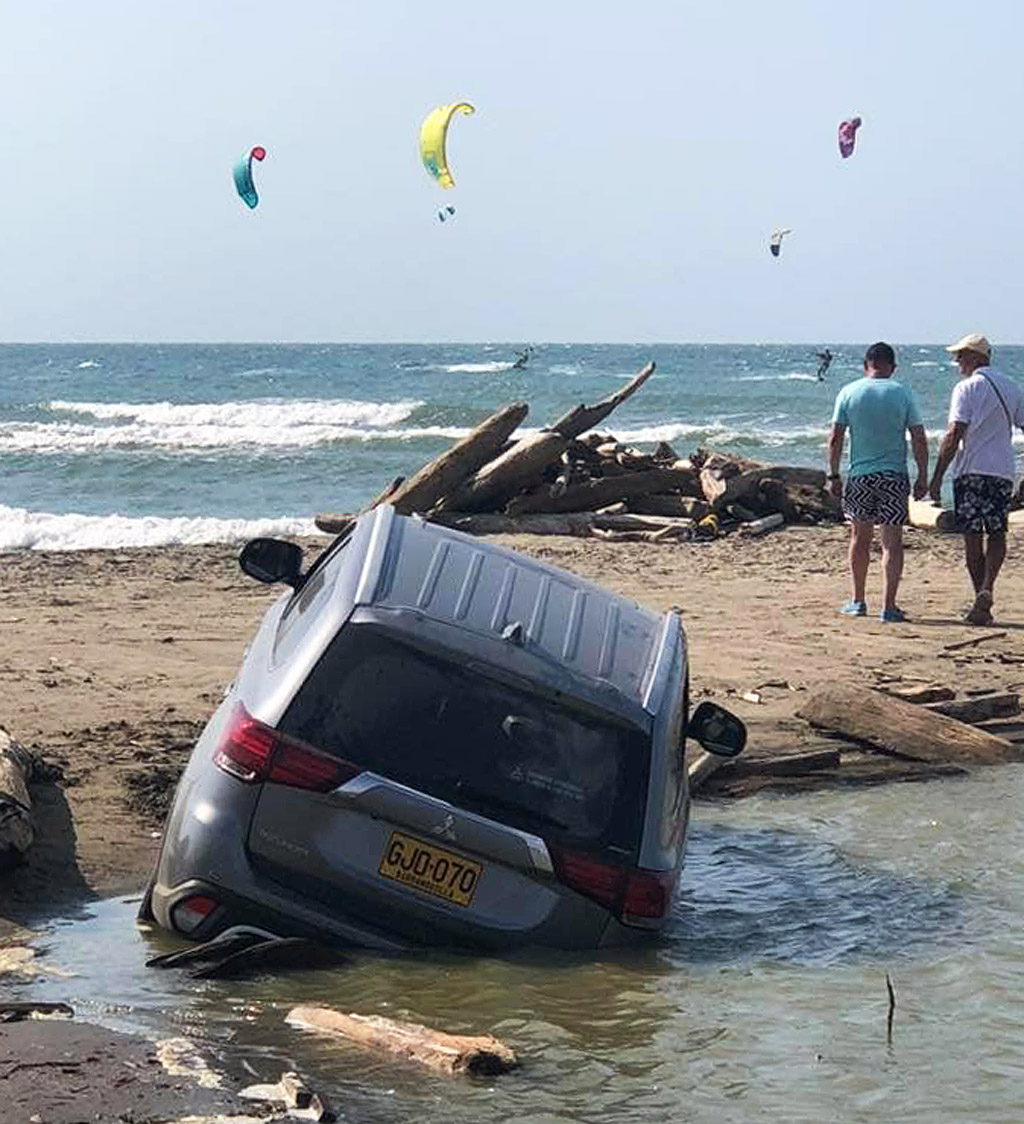 You’ll arrive to the village of Santa Veronica with the kitespot Salinas del Rey via the cities of Cartagena to the west or Barranquilla to the east. Both have international airports. Cartagena is the tourist capital of Colombia so it has multiple connections to the United States, Panama, Dominican Republic and more. Barranquilla is slightly closer and there are cheap flights to Dominican Republic and Miami.

The coastal busroute that connect Barranquilla and Santa Veronica is operated by Expreso Colombia Caribe. For 7.000 pesos you can hop on this bus anyhwere on it’s route from the center of Barranquilla all the way to Santa Veronica. Just look out for this colorfull yellow bus and look for the red sign in the window saying “Santa Veronica – Juan de Acosta” as it’s destiny. Most travellers would be smart in waiting for the bus in “Carrera 46” north in the city. This would be the area of town most foreigners would choose to stay in. Also if you arrive by taxi from the airport it’s the fastest and easiest route. The bus takes a very long time to push itself trough traffic from the center and to the outskirts of Barranquilla.

Don’t worry about bringing your gear aboard, people board this bus with beds, chickens, large boxes etc. Just note that the bus travelling late afternoon gets really packed.

Transportes Marsol departs from their bus station in the north Cartagena. The bus runs more or less ever half hour between Cartagena and Barranquilla. The price is around 40.000 Pesos. In Santa Veronica it will drop you off at what’s called “El Sombrero” on the highway. About an hours trip from Cartagena. From there you can either walk into town or get a tuktuk / mototaxi. They are always waiting for passengers in that intersection.

These buses have luggage compartments in the back where you can fit normal kite gear. Note that if you have very long bags with surf-boards how it will fit depends on the particular bus / driver. Normal twintips should not be a problem.

Check our article about local transport in Santa Veronica and Salinas del Rey.

A second options is Berlitur. Their service is similar to Marsol.

It’s the best option to get into Barranquilla for a daytrip as it departs Santa Veroncia every half our from the main steet close to the shop “Los Paisas”. You can get of the bus as it enders Barranqilla in the nort at “Carrera 46”. Then you can just walk to the famous malls of Buenavista or Viva.