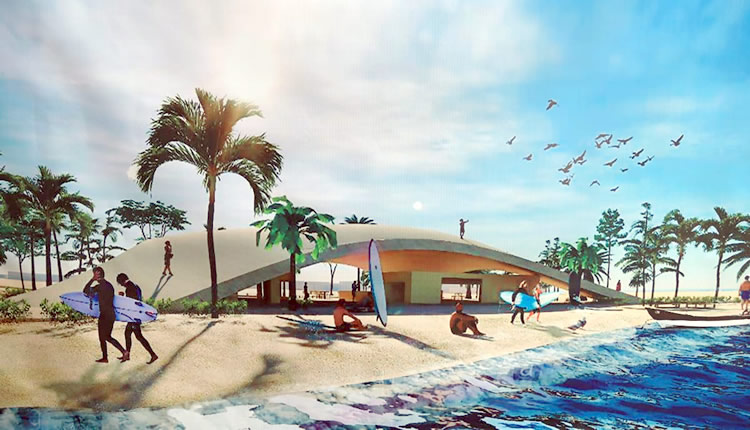 The regional government is constructing a new center in Salinas del Rey to attract more kitesurfers to the area. According to the regional authorities, the 2213 meter large center will hold a gym, storage areas for kiteschools, showers, restaurants, a first aid room and shops.

The news about the project was fist annouched by the governor, Elsa Noguera, back in 2020. Construccion is scheduled to start now in november 2022 and last for about 18 months. The center will be located right out on the point in Salinas del Rey. The design of the building is inspired in the dunes that one can find in this area. Kitesurfers hope the design with limit the centers impact on the wind as it crossed the point and enters the bay where wind create a small flat-water area with the spots famous waves.

Until now the construction is still in early stages where the area is beeing prepared and the access roads have been prepared to handle the necessary load of heavy trucks and other traffic.

Outside the windy season the governor hopes the center will be used for practicing stand up paddle and kayak.

As a part of promoting tourism in the area the Gobernacion del Atlantico hosted the intenational kiteboarding event, the GKA World Tour in Salinas del Rey in march 2022. They are aiming at hosting the same event in 2023.

Close to 10.000 kitesurfers every year

In an interview the the newspaper El Tiempo governor Elsa Noguera said the goal is to have the center used by 1.500 colombian kiters and 8.000. foreign kitesurfers every year.

What would make Salinas del Rey into an extremely crowded kitespot if the govenors goals are reached. International travellers mostly frequent the spot in january and february.