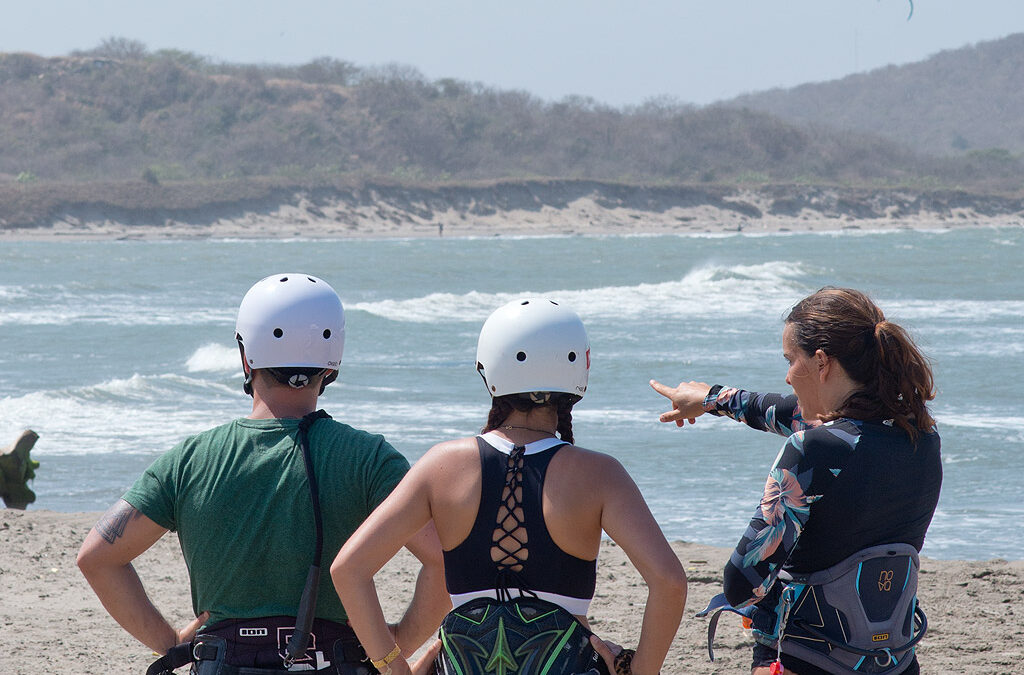 Kitesurf Experience, is a well established local school that teach in Salinas del Rey and surrounding spots. Classes are offered in Spanish or English. They offer packages of kitesurfing classes and accomodation in Kokohau Bungalows.

Salinas del Rey Kiteschool – Duvan Macias is considered one of the best local kiters. He has many years of teaching experience from both Salinas del Rey and Puerto Velero. He was one of the monitors during the 2021 Campeonato Panamericano de Kitesurf. Macias is also an experienced security rider in demand for downwinds and kite-safaris. Whatsapp +57 323 501 8993

Andres Charris is a local kiteboarder. He’s a really nice guy offers classes for any level rider and he also can arrange for professional repair of kites and other gear. Whatsapp +57 301 6557 837